In one of our recent posts, we analyzed the difference between the headline and core CPI and reported that the latter has been growing faster than the former one since 2010-2012. This means that food and energy currently have lower price-setting power than all other ingredients of the headline CPI. As a result, we move through the era of low energy prices in the next decade, as the projected trend in the headline and core CPI shows. In this post, we analyze the difference between the core CPI and energy price index (food price index might introduce some bias in the estimation of the energy price evolution), both time series are borrowed from the BLS.  As a template for this post, we use our previous post devoted to the same topic and published 4 years ago. It allows to trace the evolution of the difference between the core CPI and energy price index during the last 4 years and compare it with the predictions made 4 and 12 years ago. We have been studying the long-term evolution of energy prices in the USA since 2007 and reported several important observations useful for profitable and safe investments. The simplest fact we have discussed is the effect of energy/oil price on stock prices. The share price of Exxon Mobil and ConocoPhillips does depend on the oil price. The link is direct and positive – the oil price increase is reflected in share price growth. We have calculated regression coefficients in order to understand which company is most sensitive.

In 2008, we reported that several major categories of consumer prices (various goods and services) have sustainable and quasi-linear in time trends relative to energy prices. Similar behavior was reported for producer prices and oil. One can easily assess the opportunity for sound investments from the accuracy of our predictions. Moreover, our observations demonstrated that many of these sustainable trends have clear turning points which provide investors with invaluable information on effective buy/sell decisions.

Our theoretical approach was first published more than twelve years ago in a paper on the presence of long-term sustainable trends in the differences between various components of the CPI in the USA. We started with the difference between the core CPI (i.e., the headline CPI less food and energy) and the CPI. Then the consumer price index of energy, which gave approximately 9% of the CPI, was analyzed. In the beginning of 2008, we successfully identified and predicted that the difference between the CPI and the energy index was approaching a turning point (actually observed in the summer of 2008) and forecasted the energy prices to fall relative to the core CPI through the first half of the 2010s. Based on the general approach, we also estimated that after the turning point in 2008/2009 oil prices would go down from $100 to $50 per barrel in 2015 and $30-60 in 2016. As one may know this prediction of the turning point timing and the level of oil price and the duration of higher oil prices is accurate.

Here we revisit the relative evolution of the core consumer price index (CPI) and the CPI of energy and add data for the period between 2015 and November 2020. Figure 1 displays two panels for the difference between the core CPI and the index for energy: for the period between 1960 and 2014, and the same variable up to November 2020. All CPIs are seasonally adjusted and borrowed from the BLS.  Before 1980, these two indices had been growing almost in sync with fluctuation around 10 units of the price index. Between 1981 and 1999, the difference grew from -10 to almost 80 units. Between 2001 and 2008, a period of intensive growth in the energy index was observed. Qualitatively, one can distinguish three periods of a linear trend and three turning periods with a higher volatility. The last turning point was in 2008 and the index of energy is now on a long-term decline relative to the core CPI.  The extremely high volatility (the change in trend is a fight of many forces) masked the new trend in the difference before 2011. Currently, the new trend is well in the middle and shows the expected behavior - energy price goes down. The question is - when will it reach its bottom? And when the price will reach the hard bottom? Twelve years ago we expected that oil price might go down to $22. Is this the case now? Yes, it was very low (negative) at the beginning of 2020 and at a low level now. 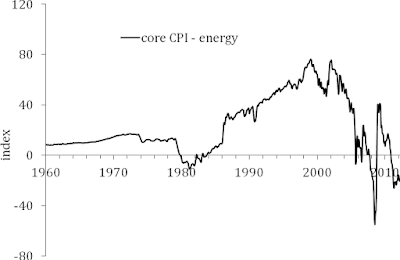 Figure 1. The difference between the core CPI and the index for energy between the upper panel - 1960 to 2015; lower panel - 1960 to 2020. There are three clear periods of a linear trend and three turning periods. The most recent turning point was in 2008 and the new trend emerged more of less clearly in 2011. Currently, this trend is stable and likely will last another decade.

Figure 2 has two panels illustrating the predicted behavior from 2014 to the most recent period. Since 2001, we observe a slow decrease in energy price relative to the core CPI. Their difference in Figure 2 is below the green line representing the predicted trend for the period after 2010 - the slope is as between 2001 and 2008 but with an opposite sign. Since summer 2014, the energy index has been falling much faster than before and the (green line) trend was intercepted in November 2014. Linear regression gives a slope of +6 for the difference curve since 2011 which is still much lower than the absolute value of the slope between 2001 and 2008 (-14). The energy price had extremely high volatility between 2005 and 2011. Then the price calmed down and demonstrated only short term and low amplitude fluctuations. The level of volatility is again high since summer 2015. One might expect a few years of larger volatility from deep falls to sky heights.

Data between 2001 and 2015 give a clear indication of the new trend direction and slope. Following this trend, we predicted that the difference of core CPI and consumer price index of energy would likely reach its peak value in 2016-2018. We expect no further decrease in oil price beyond 2018. The question is when the trend will change to the opposite like that was observed in 2001 and 2010? Historic evidence is unbreakable – cycles rule this world. There are many explanations of the current energy price behavior. Various actors are suggested as drivers with their own motives open and hidden. We do not consider them as wise and explanatory. To say “cycle” does not mean to explain something as well. This is just a set of observations in favor of future evolution. In any case, the trend predicted in 2007 and confirmed in 2015  has been evolving according to the expected trajectory. 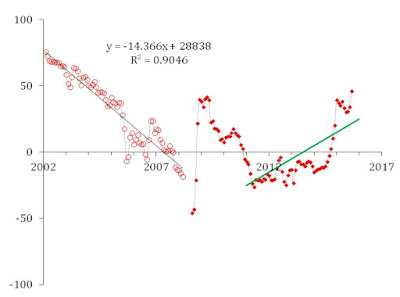 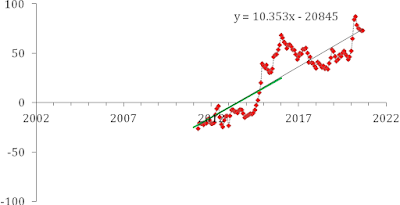 Figure 2. Upper panel: same as in Figure 1, for the period after 2002. Linear trends are marked. Lower panel. The predicted trend (solid green line) in fully confirmed by new data since 2015 ( a regression line with a slope of  ~10.4 is calculated). The evolution follows the same trend as described in 2007.

We used only absolute difference CPI so far. Since consumer price indices grow or fall with time, i.e. change their levels, it is also instructive to analyze the same differences in relative terms. We have normalized the studied difference to the core CPI. Figure 3 illustrates the new pattern. In contrast to Figure 1, the amplitudes and periods of long-term fluctuations are similar and the overall evolution seems to be repeatable, i.e. cyclic. Figure 4 exercises the assumption of repeatability. We have shifted the original curve by 27 years ahead and obtained a striking similarity in the amplitude and timing of the energy price falls and rises. This feature is attributed to the cyclic evolution of prices in relative terms, i.e. the relative price-setting power of various goods and services in the CPI. The previous period of lowering energy prices was between 1980 and 2000, i.e. lasted 20 years. The trend of the same duration extends into the 2020s and likely will finish in 2030. At least the first half of this period of low energy prices is over, but the energy prices may fall further relative to the weighted prices included in the core CPI.

Finally, Figure 5 shows a detailed picture that could be helpful in the energy price estimation. The upper panel in Figure 5 presents the difference observed in 2015. We predicted that the black curve reaches the red line in 2016. This dramatic drop was really observed, and our 2012 forecast that the energy price has to plummet in the first half of the 2010s was successful. In 2015 we expected that "When the black line touches the red one - the energy index returns to the long term sustainable trend stretching into the 2020s. The era of low energy prices has come and the trend will not change to the opposite before, say, 2025."  This prediction is still accurate and the black line follows up the red line, i.e. the history of energy price is cyclic and thus repeatable. 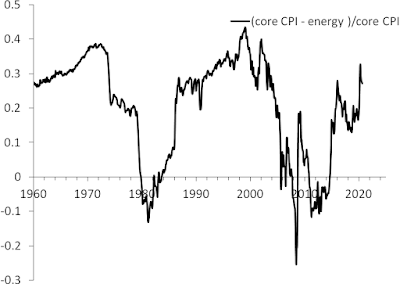 Figure 3. The difference between the core and energy CPIs normalized to the core CPI. 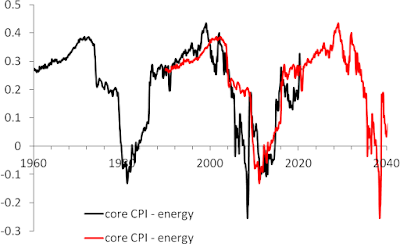 Figure 4. Same as in Figure 3 with red curve representing the original (black) curve shifted 27 years ahead 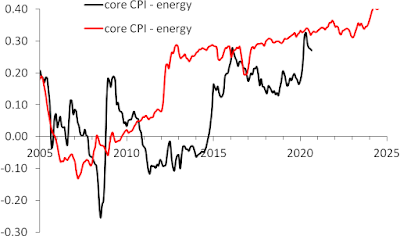 Figure 5. Upper panel: in 2015 we wrote-  "An energy cliff is not over". This was correct as the lower panel shows.

-The era of low energy price will extend into the 2020s.

- The change in energy price will be characterized by an elevated level of volatility in the next five to ten years. 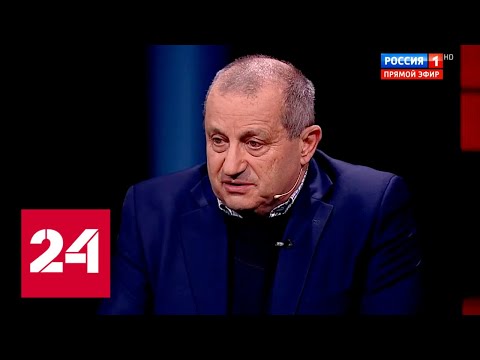