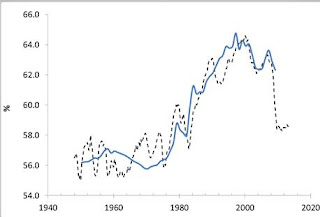 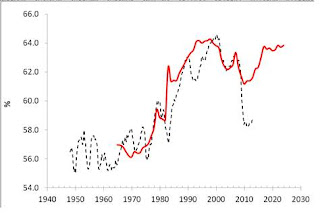 Price of nonferrous metals on a mid-term decline

This is a regular revision. We have been following the evolution of several price indices of metals since 2008. Our general approach is based on the presence of long-term sustainable (linear and nonlinear) trends in the evolution of the CPI and PPI in the United States [1, 2]. The difference between various components of these indices is not a random one but is rather a predetermined process. Using these trends, one can predict consumer and producer price indices for select goods, services and commodities.

Yesterday, we revisited the index of steel and iron. In this post, we revisit the trends in the PPI of nonferrous metals. Originally, we reported on this item in 2008 and then revisited in 2010 and February 2012. The index for non-ferrous metals (102) shows an example of the absence of sustainable trends in the difference (see Figure 1). The curve is rather a comb with teeth of varying width. Although varying, the distance between consecutive troughs is several years at least.


We predicted that the index of nonferrous metals had to fluctuate with large amplitude around the PPI and grew at a lower rate than PPI during 2012 and 2013:  “Considering the observation that the rate of growth was approximately 3 points per month since February 2012 one may expect the level of -10 in approximately 10 to 12 months, i.e. in September 2013.”


In reality, this difference was at -38.5 in June 2013. There was a short term fall during the summer of 2012. Therefore, despite there is three months to grow, the difference is slightly behind the schedule. This delay does not change the trend, however, and we expect the price of nonferrous metals to fall through 2016.


The producer price index of aluminum base scrap has to follow the same trend up, as Figure 2 shows. The price of aluminum will be decreasing as well.

Figure 2.  The evolution of the difference between the PPI and the index of aluminum base scrap from 1985 and June 2013. 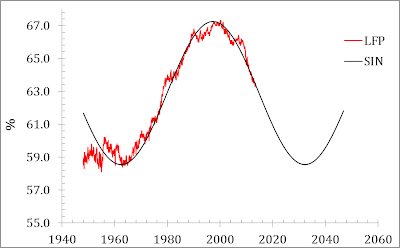 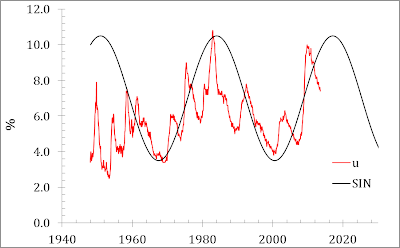 Price of steel and iron will be declining

Eight months ago we revisited the previously predicted fall in the producer price index of steel and iron in the fourth quarter of 2012 and formulated the hypothesis on the evolution in 2013: “One may foresee the difference to fluctuate around the green line in the near future. The price of iron and steel will likely be declining.”  It’s time to revisit our prediction.


Originally, we reported on the difference between the overall PPI and the PPI of steel and iron in 2008. Then we revisited the difference in 2010, February 2012, and December 2012. We predicted the index of steel and iron to return to the long term trend, which express a higher rate of growth of the producer price index than that of steel and iron. Our general approach is based on the presence of long-term sustainable (linear and nonlinear) trends in the evolution of the CPI and PPI in the United States [1, 2]. The difference between various components of these indices is not a random one but is rather a predetermined process. Using these trends, one can predict consumer and producer price indices for select goods, services and commodities.


Figure 1 (the upper panel is from December 2012 and the lower one is its updated version with data through June 2013) compares the difference between the PPI and the index for iron and steel (BLS code 101). The difference is characterized by the presence of a sharp decline between 2001 and 2008. Between 1985 and 2000, the curve fluctuates around the zero line, i.e. there was no linear trend in the absolute difference. In 2008, our main assumption was that the negative trend observed before 2008 should start transforming into a positive one after 2008. In Figure 1, the (expected) new trend is shown by green line. This trend suggests that the PPI grows faster than the index of steel and iron by approximately 2 units of index per year.

Figure 1. The difference of the PPI and the index of steel and iron updated (lower panel) for the period between November 2012 and June 2013. 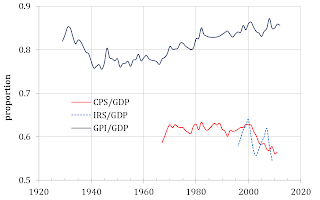 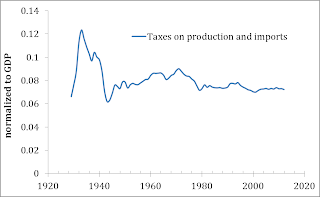