The problem with young people's income deficiency attracts more and more attention from media and politicians. Almost every day one can find a publication in non-negligible (e.g. FT) media resources comparing the current young people generation with historical records. We have explained in this blog and many academic papers that this problem cannot be resolved in the situation with growing real GDP per capita.

Figure 1 describes the growth in average income in the USA for work experience between 4 and 10 years, i.e. for 19 to 25 years of age according to the CPS ASEC conducted by the Census Bureau every March for the BLS. (All data were retrieved from  IPUMS USA, University of Minnesota, www.ipums.org.) Because of the growing nominal and real GDP, the curves in Figure 1 are normalized to the peak value for a given year and we observed how fast people can reach the peak income on average.  In 1950, the mean income grew from 0.26 for 4 years of work experience to 0.70 for 10 years. The linear regression shows that extremely good fit (Rsq=0.991) and a linear growth rate of 0.073 relative units per year. In 2019, the rate was only 0.054 per year, and the change from 0.082 for 4 years of work experience to 0.40 for 10 years (Rsq.= 0.995). This observation indicates the progressive decay in the relative mean income for a given work experience. Figure 2 presents an example of such decay for 10 years of work experience from 1950 to 2019, i.e. during the last 70 years. The linear decay over decades implies that extremely strong natural economic forces drive this process.  These forces are fully related to real GDP per capita linear growth.

We have developed an income distribution and evolution model describing also these effects of the relative decrease in the young people incomes - the mean income obviously means that all young people of a given age have lower relative incomes. We also well documented the process of full similarity of the personal income distribution in various countries when compared according to real GDP per capita. The linear fall in the mean income relative with time is explained by the effect of the increasing age of the peak income, as Figure 3 shows. The peak age has been increasing as a square root of the real GDP per capita since the beginning of the 20th century, where we have income measurements. According to our model, the initial mean income growth is approximately a linear function of time.

Real income measurements reveal the process which underlies the relative impoverishment of the youngest cohorts. This is not an economic problem in sense of natural forces driving this effect. One cannot make younger people richer by economic measures. This is a social problem, however. This social problem will deepen and expand with time if to ignore the real economic forces behind it. These forces are fully related to real economic growth. 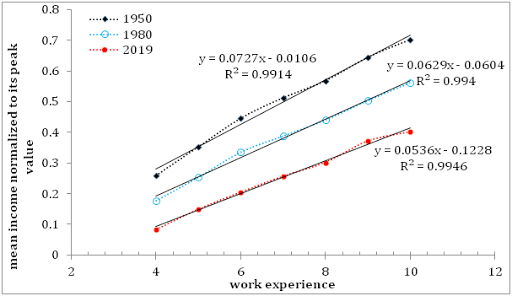 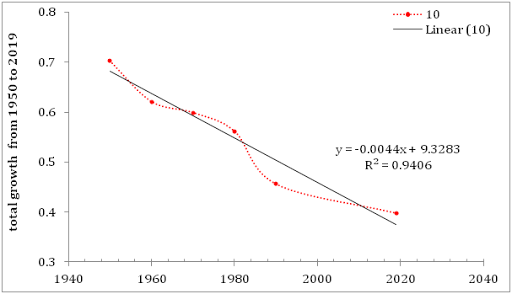 Figure 2. The fall of the relative mean income of people with 10 years of work experience between 1950 and 2019. 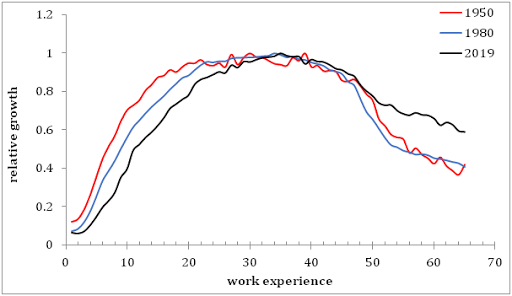 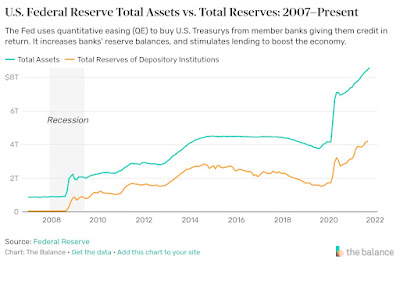