Who is responsible for income inequality? Blame old men.

I've plotted a series of mean personal income estimates borrowed from the Census Bureau. There are 10-year age bins with data from 1967 for men and women separately. The first plot shows that the male mean income is much higher than that of female. The gap between them has been slightly decreasing since 1974 but not spectacularly. Therefore, a higher rate of income growth for women results in decreasing income inequality, i.e. convergence of mean incomes.
In order to highlight the age and sex groups growing at the the highest rates all mean values in given age groups are normalized to 1967 (except the youngest group normalized to 1974). These plot show the following empirical results:
1. Young women (especially between 25 and 44) have been effectively closing the income gap with men.
2. Younger male groups (from 15 to 34) have suffered absolute decrease in mean income since 1974!
3. For men, the highest rates of income growth belongs to the eldest group. Hence, one has to blame them for increasing inequality. Some of them are blogging on inequality. 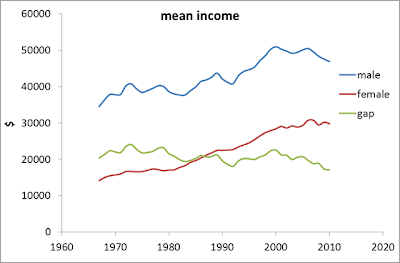 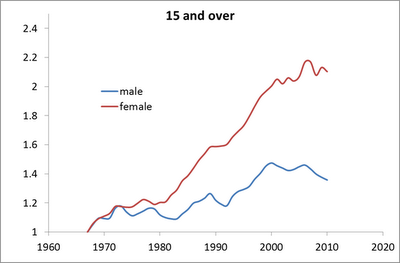 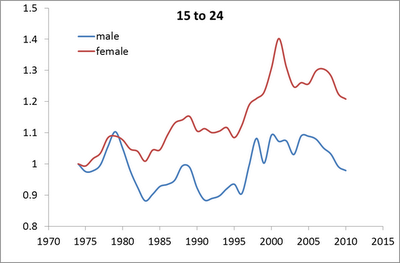 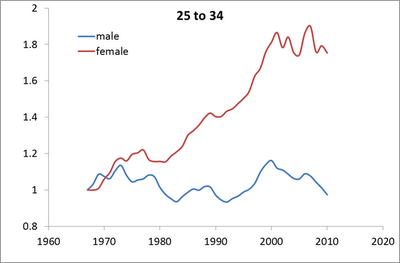 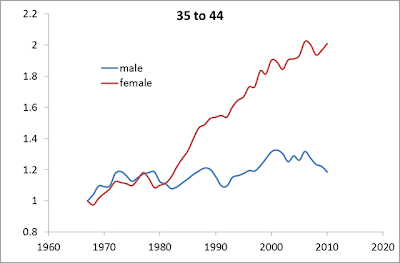 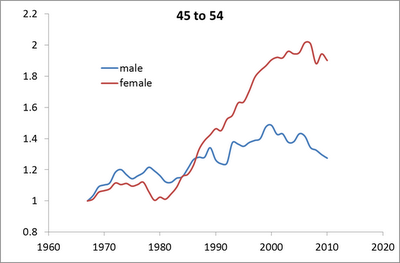 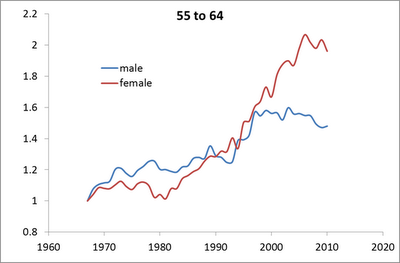 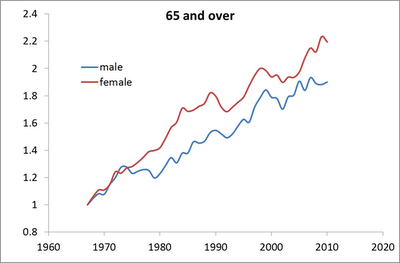 Email ThisBlogThis!Share to TwitterShare to FacebookShare to Pinterest
Labels: inequality