One can always find a good graph to illustrate increasing income inequality in the US. Lane Kenworthy and then Paul Krugman have demonstrated a dramatic deviation between the median family income and GDP per capita.  We have already posted on the problems behind the definition of income and GDP. Here we illustrate another paradox of the data published by the US Census Bureau. From the same source we retrieved the following time series: median personal and family income (chained $), GDP per capita (chained $) and Gini ratios for family and personal income distribution. Figure 1 shows the median personal and family income as normalized to 1974, and the GDP per capita time series also normalized to 1974. This is practically the plot from Lane Kenworthy except the personal income median. Instructively,  both median curves are very similar with small deviations likely associated with the estimation procedure than with actual changes. 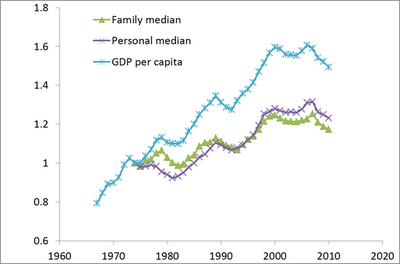 Figure 1. Median incomes and GDP per capita in the US.
Now we plot another values also published by the Census Bureau. Figure 2 depicts Gini ratios for family and personal income distribution as calculated by the Bureau. 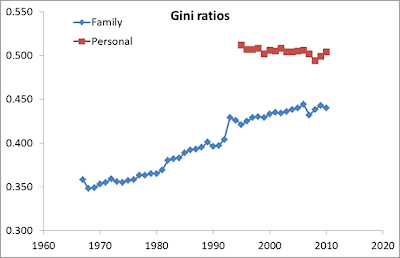 Figure 2. Gini ratios for personal and family income distributions measured by the Census Bureau.
A big surprise - Gini ratio for personal income has been decreasing since 1994 (no estimates before this point). So, the deviation between the GDP per capita and median income does not support increasing inequality.  More likely, it is something wrong with the Census Bureau.
at January 25, 2012

Email ThisBlogThis!Share to TwitterShare to FacebookShare to Pinterest
Labels: Gini