Decaying economic growth in EU as an economic argument for Brexit

In our previous post, we demonstrated the fall in the rate of economic growth observed in the USA since 1960. Overall, there exists a strong negative trend expressing the fundamental property of economic growth – constant annual increment. Explained in simple words, an economy goes up with steps on constant height, like stairs. This was an example of benign growth, however: the rate of growth follows theoretical predictions. For Europe, however, everything is much worse. Some of the biggest economies demonstrate an accelerated decay.

Two figures below update our previous results obtained for Germany, France, Italy, Switzerland, and the UK. Four countries (France, Italy, Spain, and Switzerland) demonstrate extremely poor performance during the past decades. Germany is on par with theoretical predictions and the UK is slightly over the predicted growth rate but still on the negative trends since 1960. The EU is under severe stress in the years to come since the future of economic growth is likely dark. Germany follows its cruise speed and unlikely to spill economic growth over the other biggest economies.

It might be good time for the UK to think about the traction forces associated with the clear features of economic stagnation in EU. 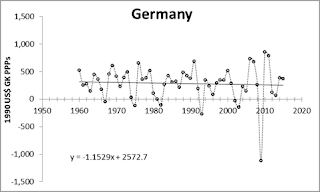 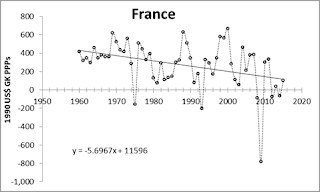 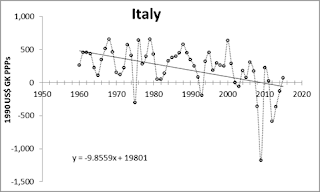 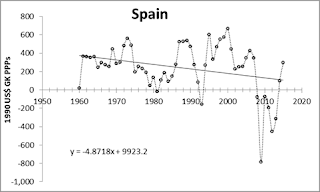 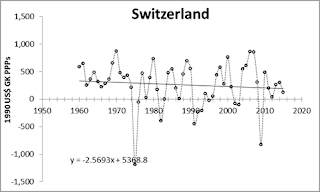 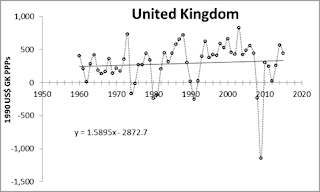 Fig. 1. Evolution of annual increment of GDP per capita, i.e. the difference of the current GDP per capita and that one year ago. 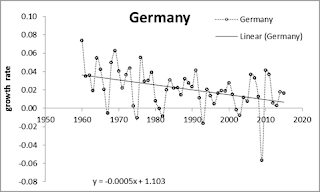 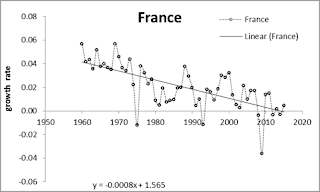 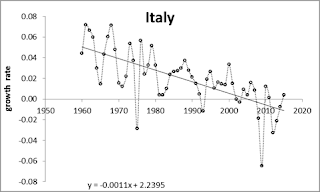 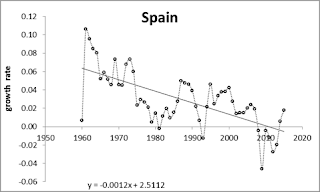 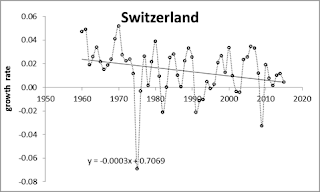 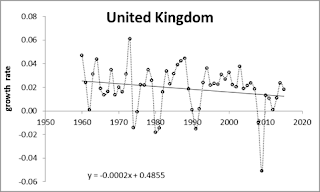