The rate of unemployment, u, was very high (10%) in 2009. It has been often discussed that the fall in this rate is too slow historically. Figure 1 shows the evolution of u since 1980. There were two major peaks in 1982 (10.8%) and 1992 (7.8%). (All rates are seasonally adjusted.) When the troughs preceding the peaks are synchronized all three descending curves look very similar. This observation says that the current fall in u is not different from the previous. It also tells us a fairy story about the near future.  This rate will fall into the second half of the 2010s. Meanwhile, it may fall to 6.0% in 2013 or in the first half of 2014.
It is worth noting that the start troughs before two major peaks in Figure 1 were higher than the end troughs.  If this trend is retained the next trough should be ~4%. 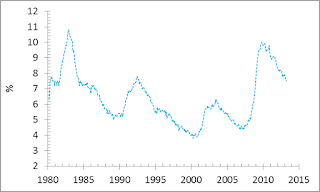 Figure 1. The rate of unemployment in the US 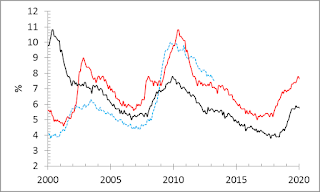 Figure 2.  Two previous major peaks synchronized with the most recent. The length of fall is approximately 7 years.
at May 04, 2013